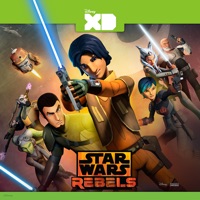 This volume contains 10 episodes of Star Wars Rebels, Season 2. The rebel crew of the Ghost is forced to leave Lothal in order to survive the growing Imperial oppression. Striving to make a greater impact, Ezra, Kanan, Sabine, Hera, Zeb and Chopper, join with another rebel cell, seeking out new allies and additional resources to build their fledgling fleet and help those in need. However, a terrifying new threat has emerged in the form of Sith Lord Darth Vader, as well as new Inquisitors, who have been sent to defeat the Jedi and crush the growing rebellion. Through dangerous rescue missions, thrilling space chases, and spectacular lightsaber duels, the crew will be put to the test like never before.