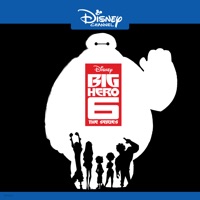 Hiro, Baymax and the Big Hero 6 team are back with bigger tech, bigger villains and bigger adventures! Hiro is concerned when Megan investigates the true identity of Big Hero 6 for the school newspaper. Baymax battles against professional mech-wrestler, El Fuego. And when circus acrobat and physicist, Sirque, steals a secret project from Krei, he uses the diabolical technology on a city-wide crime spree! With their true identities in jeopardy of being revealed, and new villains flooding the streets of San Fransokyo, our team of heroes won’t be having a day off anytime soon!