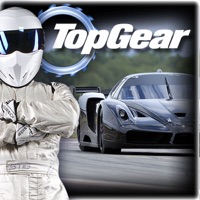 Top Gear's unique approach to motoring entertainment has already seen the popular BBC program tackle burning issues such as 'Can you build your own amphibious car?', 'Can you buy an old supercar for less than the price of a small hatchback?', or 'Can a stretched limousine jump over a wedding?' The answers, as it turns out, are 'only if you want to get wet', 'only if you want to break down then crash', and 'sort of, but don't park any caravans behind the reception tent'. Top Gear found this out so you didn't have to. Silly and opinionated, Top Gear is full of big ideas that never quite work properly or, at the very least, catch fire a bit before they do. Now Jeremy Clarkson, James May, Richard Hammond – oh, and barely-tame racing driver The Stig – return with and another batch of tyre-smoking, lap-record-breaking, ambitious-but-rubbish car stuff. Series 13 sees the boys turn back the clock for a vintage race between a steam train, a classic Jaguar XK120 and a Vincent Black Shadow motorbike. They also ask what's faster to get from the Scilly Isles to the Orkneys, a first class letter or two bickering presenters in a Porsche? New cars taking on the power lap include the Mercedes-Benz SL Black, Corvette ZRI and Jaguar XFR. While in a surprise twist the identity of the Stig is finally revealed when he removes his helmet for the first time, but is it really him?