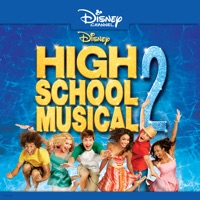 The East High Wildcats are gearing up for the summer of their lives as they land the coolest jobs imaginable. Troy (Zac Efron), Gabrielle (Vanessa Hudgens), Chad (Corbin Bleu) and Taylor (Monique Coleman) have scored sweet gigs at the Lava Springs Country Club owned by Sharpay (Ashley Tisdale) and Ryan's (Lucas Grabeel) family. Sharpay's first rule of business: Get Troy. When Troy starts to worry about his future, Sharpay manipulates the situation to force a wedge between him and Gabriella, and prevent the Wildcats from performing in the club's upcoming talent show. Now it’s up to Troy to make amends with his girl, save the show, and teach Sharpay the meaning of teamwork.