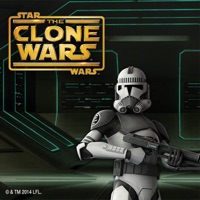 In these eagerly anticipated episodes, some of the deepest mysteries of the conflict between the light and the dark sides of the Force are revealed. An intrepid clone trooper discovers a shocking secret carried by each and every soldier of the Republic. Anakin Skywalker’s closest relationship is tested to its limits when a well-intentioned senator is manipulated by the masterminds of the war. A wicked enemy from the past uncovers an ancient weapon that could give her unrivaled power. And Master Yoda’s investigation into the disappearance of a Jedi takes him deep inside the Force’s mysteries, where what he discovers could forever change the balance of power in the galaxy.